As I wandered through the exhibit, taking in the history of beloved storybook characters, I had to swallow the lump in my throat and squeeze my eyes tight so no tears would fall.  I was surprised and somewhat embarrassed by my emotional reaction.  That “silly old bear” almost made me cry.

I was at a special exhibit, Winnie-the-Pooh: Exploring a Classic at the Victoria and Albert Museum in London.  It was a small exhibit on loan from New York City Public Library showcasing the original manuscripts of A.A. Milne and original sketches by E.H. Shepard.  The exhibit included photographs of Milne and his young son, Christopher Robin, replicas of Christopher Robin’s stuffed animals that came to life through Milne’s stories, and Winnie the Pooh memorabilia from throughout the years.  One of the most poignant features was an audio recording of the author reading Winnie-the-Pooh stories.

There were over-sized drawings on the walls — all familiar images from the Winnie-the-Pooh stories; Pooh hanging from a balloon surrounded by buzzing bees, Pooh stuck in a hollow tree, Pooh and Piglet walking side by side.  You could even walk across a replica of the Poohsticks bridge. 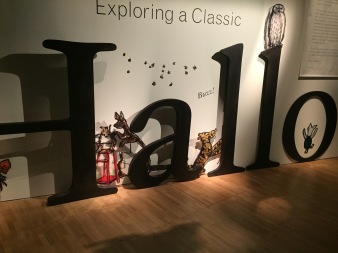 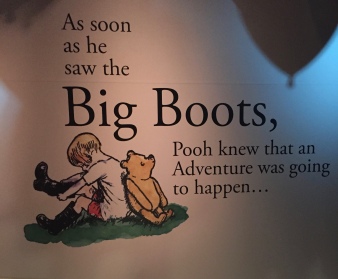 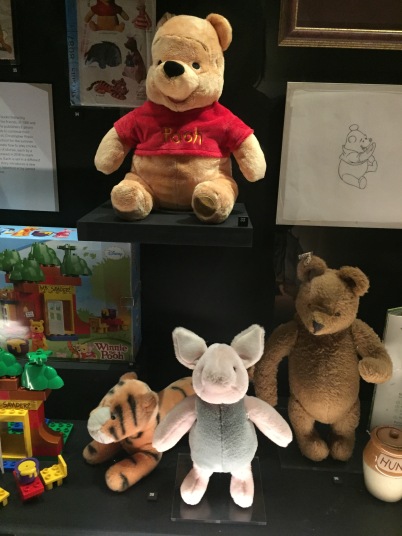 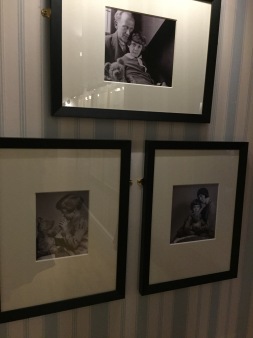 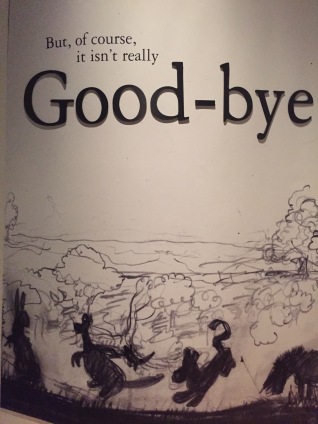 Like a film rewinding, my mind raced backwards through time.  It started with the many times I took my children to Walt Disney World, past the Winnie-the-Pooh character breakfasts, my son’s Winnie-the-Pooh themed 1st birthday party almost 28 years ago, all the way back to my own childhood.

I was in the fourth grade in January of 1970 when the Walt Disney World Preview Center opened.  One day, my grandfather led a family outing to the Preview Center, about forty miles from our hometown.  I remember driving on the highway, then turning off onto a smaller road surrounded by pine trees.  It was seemingly in the middle of nowhere  and if you have ever been to WDW, you will realize how remarkable that is.  The building still exists — right in the middle of the Lake Buena Vista entertainment area.  I was thrilled to find information about the preview center.  We didn’t take any pictures that day but the photos on this blog match my memory.

In true Disney form, there was a souvenir shop at the preview center.  My grandfather allowed me, my brother and each of my cousins to choose a souvenir.  I chose a stuffed Winnie-the-Pooh.  I still have him. 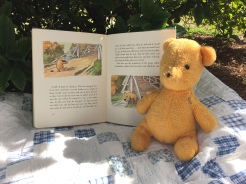 Walt Disney World opened about a year and a half later on October 1, 1971.  I was envious of my friend whose family got to go when it first opened.  I had to wait about a year.  That was forty-five years ago but I remember it clearly.  Over the years, I visited the theme park with my high-school marching band, church youth group and work groups.  After I married and had children, the tradition continued.

Winnie-the-Pooh and Piglet were always my favorites.  The exhibit at the Victoria & Albert reminded me why they were.  It was a nostalgic reminder of the sweet, innocent, carefree days of childhood — that of my children and my own.

If you happen to be in London before April 8th, stop by the Victoria and Albert Museum to see this exhibit.   Or, check it out when it returns to the New York City Public Library.  Just be sure to bring your hanky.

Are you a fan of Winnie-the-Pooh?  Who is your favorite character?  Are there any other stories or characters from your childhood that make you feel nostalgic?