The 737 began it’s slow, silent descent.  A sea of twinkling lights blanketed the ground below—red, blue, yellow and white. There was a river of red lights snaking it’s way in one direction and a river of white in the opposite—cars and trucks carrying people home from their jobs.  I even spotted the Vulcan, perpetually guarding the city from his lofty perch, his iron arrow pointing skyward.  The Magic City looked especially magical.

It was my first trip to Birmingham since my daughter and her husband moved away nearly a year ago.

I didn’t expect the flood of emotions, but I couldn’t stop thinking about all of the magical moments spent in the Magic City these past ten years.

It was about this time, ten years ago that our family had our first introduction to Birmingham, Alabama.  We were on that traditional High School milestone trip — the college tour.  Our son was a freshman at The University of Alabama, about an hour away and now our daughter was checking out an Alabama college.  A dear friend’s daughter, who was a student at Samford University, kindly invited my daughter to stay with her in her dorm and attend classes with her.

I was smitten with this small university and it’s encompassing city from the beginning.

Prior to 2006, like many other travelers, I had only driven through the state of Alabama on my way to somewhere else.  Tuscaloosa and Birmingham were only dots on a map.  Fast forward three years and both of my children ended up in that fair state.

We packed in so many magical memories into the four years my daughter was a student at Samford.  The trek to and from college each August and May found our SUV loaded to the hilt.  We visited often, exploring the city and all it had to offer.  There were carefree days of shopping with my daughter and family fun trying out new places to eat. 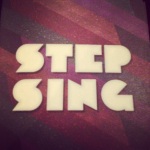 A highlight of each year was attending Step Sing.  If you’ve never experienced a college step sing, you should google it.  It’s amazing what a group of students can put together in a few short weeks.

Other magical moments included a dinner and visit to the President’s home when our daughter was inducted into student government, attending the traditional Christmas Hanging of the Green her senior year and of course, the culmination of it all, graduation.

My girl must have fallen in love with the Magic City because she chose to stay.  First, she lived in a charming two-story white frame house under the shadow of the Vulcan.  I enjoyed helping her move in and set up house with her friends.  It was her first year out of college when I began hearing about a certain young man.

Next, she lived on the top floor of a hundred year-old duplex.  I found it to be magical because of the tree-lined street on which it was located.  I witnessed each season in four visits one year — the bare, spindly branches of winter, the explosion of tiny white blossoms of spring, the verdant leaves of summer and the fiery blaze of autumn leaves.

The most magical time of all for me was the year of wedding planning.  Shopping for her dress was surreal and the seamstress who altered it was part of the magic.  She was a feisty, pixie of a woman with the tiniest hands and she made my girl look like a princess.

I can’t even tell you how magical the wedding was — so many memories.  You can read about it here and here.

The upstairs duplex apartment was their first home.  They lived there for about a year and a half along with their kitty named Fitz.  It will always be a magical place.

As I left the Birmingham airport in my rental car, I headed toward their first little apartment.  I wanted to drive by it and all of the other areas we use to haunt, including Samford, where it all started.  A train stopped me and sent me back on track to my friend’s house.  It’s just as well.  Emotions were at the surface and in serious danger of spilling over.  I’ll venture there another time; in the light of day when I’m not so melancholy.

Welcome to the Magic City

How about you?  Is there a place that takes you back in time?  A special place full of memories?  Perhaps your college town, where you met your spouse and married or where you raised your children.  Do you have a magical place?  I would love to hear about it.

My Experience of Chronic Illness in Midlife